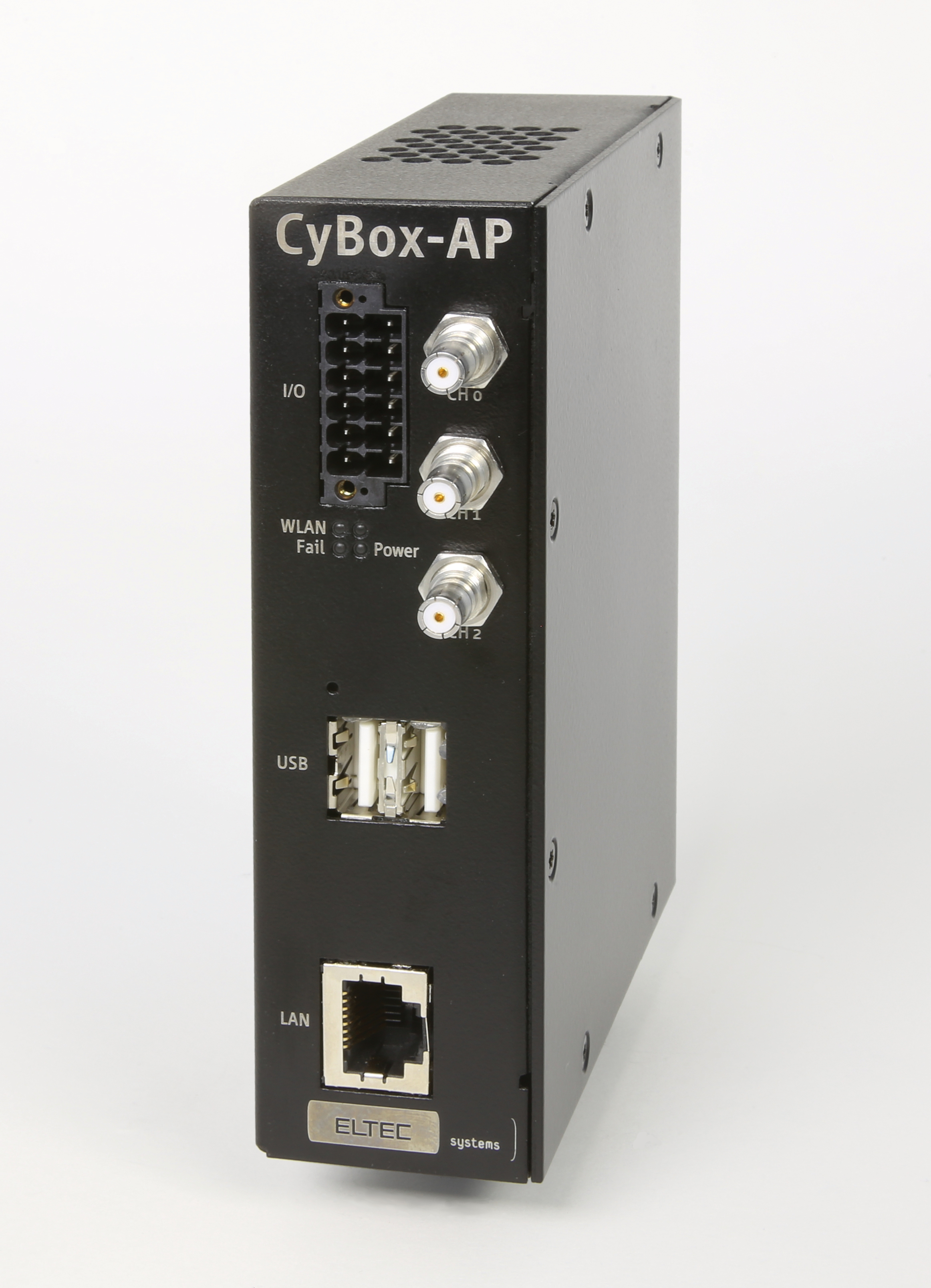 After launching its CyBox AP-W, which was developed specifically for utilization in railway and automotive applications, ELTEC Elektronik is now expanding its wireless access point portfolio by introducing its CyBox AP-D. The CyBox AP-D was developed primarily for industrial DIN top-hat rail mounting applications. The access point allows multiple mobile WLAN-capable production site devices to communicate with the system's internal network, enabling it to execute controlling or service functions. One of the basic requirements of, in particular, industry 4.0 concepts is high degree of networking between machines, operators as well as tools and production goods. Consequently, the CyBox AP-D is one of the core components of this groundbreaking trend. During the process, a configurable firewall safeguards the data of the individual users against unauthorized access. It also supports the secure and problem-free sharing of data via the Internet.

Thanks to its intuitive, easy-to-use user interface, the configuration of the CyBox AP-D via web interface is simple and can be completed quickly. It is not only possible to set up the global parameters; users can also fully configure the WLAN interfaces, which includes the making of channel selections, SSID, encryption, firewall set-ups, etc. Existing configurations can be uploaded or backed up. For these purposes, two USB type A ports are located on the front of the device, which may be used to plug in, for instance, a standard USB stick. The sturdy protection class IP20 housing makes the use of a fan at a temperature range of 0 °C to +60 °C redundant. The unit also complies with the standards EN 61000-6-2 (ESD) and EN 55022, Class A (electromagnetic interference).

The CyBox AP-D offers an RJ-45 interface for 10/100/1000 Mbps Ethernet with auto-negotiation, two USB 2.0 interfaces, opto-isolated I/Os and three antenna connections via SMA for the three MIMO channels of the 11n module as an external interfaces.

The power supply for the CyBox AP-D is realized via a 24-VDC input which can be operated at voltage ranges of 12 V and 34 V.

« Back to news index